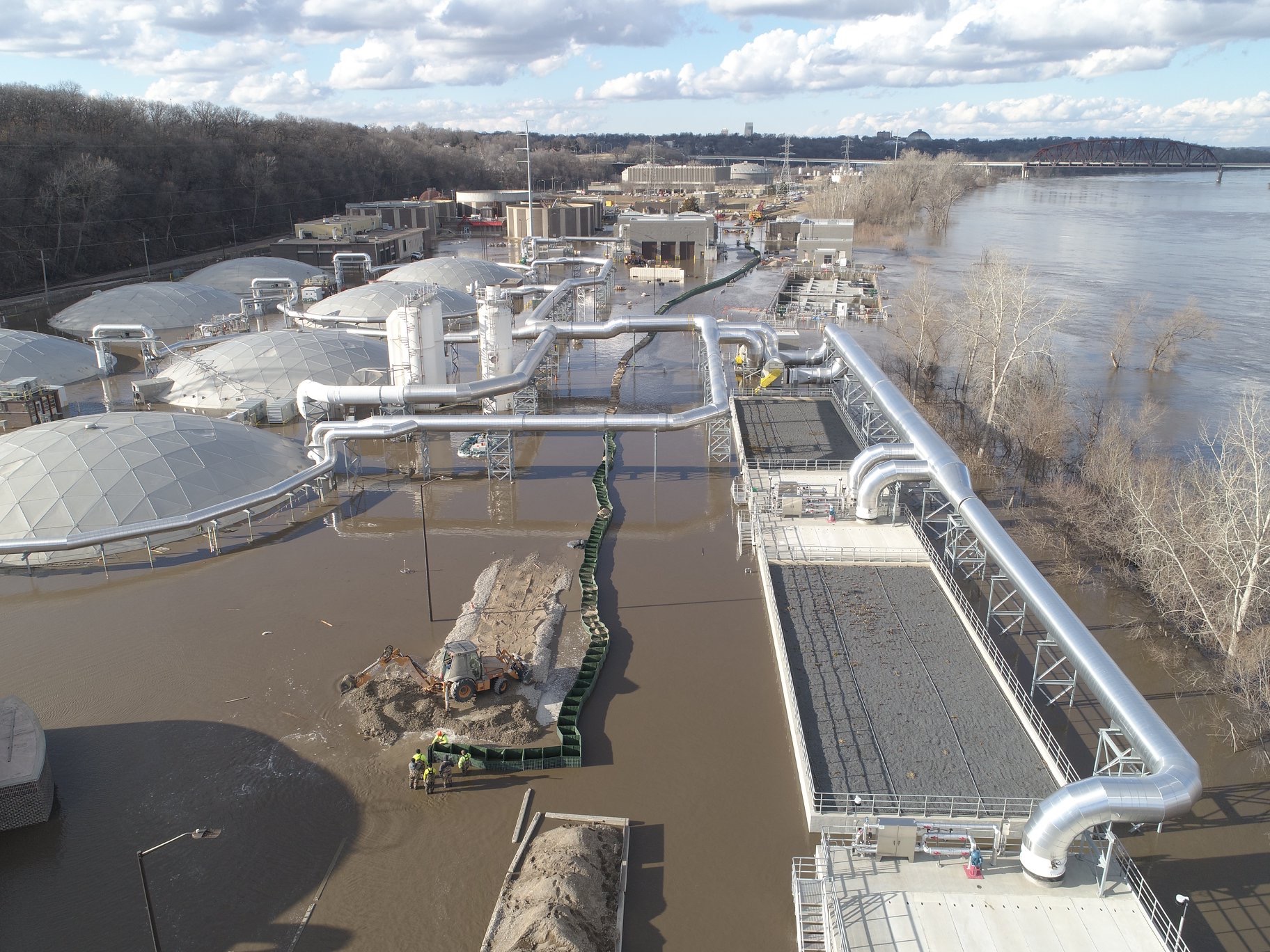 In mid-March 2019, significant rainfall and rapid snow melt impacted the Missouri River Watershed, resulting in historic flooding within the Missouri, Elkhorn and Platte River basins. This event has impacted the CSO Program projects in a variety of ways.

In addition, the Papillion Creek Water Resource Recovery Facility (PCWRRF) was significantly impacted. Levees adjacent to the PCWRRF were over-topped, power was lost and the facility was taken out of service. The facility was inoperable for several weeks, but now has restarted. The magnitude of the damage is being assessed, and it appears that costs will be significant.

The Program notified the Nebraska Department of Environment and Energy that there will be impacts to staffing, project timelines and contractor availability. The notification does not request additional time to complete the Program, but alerts regulators of the impact and potential for disruption to complete the CSO Program.

This flood event qualifies as a Force Majeure as defined in the City’s Consent Order. It states:

A Force Majeure event is defined as any event arising from causes not reasonably foreseeable and beyond the control of the City or its consultants, engineers, or contractors which could not be overcome by due diligence and which delays or prevents performance as required by this Consent Order.